From the colonial times to the period of 1960 – 1991, Somalia's mineral exploration was sporadic and it focused, to some extent, on the crystalline basements: Buur Massif, west of Mogadishu and the Northern Crystalline Basement, parallel to the Gulf of Aden.

Some geological surveys were carried out mainly by the Geological survey of the Ministry of Minerals and Petroleum, funded by UNDP or some donor countries. Other surveys were either done by the Department of Geology of the Somali National University or the Russians (previously the Soviet Union). Those mineral surveys identified some valuable deposits of minerals though the minerals were not developed for production and export.

By 1988, the mineral sector constituted only a tiny percentage of the GDP, equal to 0.3% despite the fact that minerals can help Somalia to generate hard currency needed for meeting the demands of its public services, if surveyed and developed 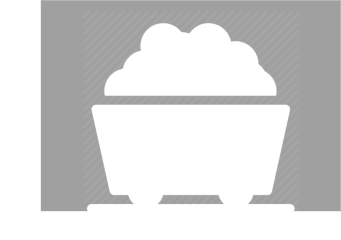 The mining sector of Somalia is new and virgin. Over the years, it was neglected and ignored. It has an immense potential, and there are countless options and opportunities to those who intend to invest in Somalia. The geological evolution of Somalia, together with abundance of mineral deposits and its diversity are pointers towards rich and massive potential destined for discoveries. Untapped and unexploited deposits include gold, anhydrite, bauxite, columbite, copper, feldspar, iron ore, kaolin, quartz, silica sand, tantalum, thorium, tin and uranium.